My brother (and often co-writer), Matt Steele, stars in the feature film DIVOS!, available today on iTunes, Amazon, YouTube Movies & Shows, Google Play, FandangoNOW, Xbox, Vudu, and practically any other On Demand service that allows you to rent or buy movies!

I saw the premiere at Grauman’s Chinese Theatre in Hollywood, and this film is absolutely hysterical! Check it out, especially if you love school plays!

Ricky Redmond is a legendary teen actor – legendary, at least, in his own mind (and his mother’s, of course). After several show-stopping performances as an underclassman in the St. James School’s musicals, he knows he’s a shoo-in for the lead role his senior year. But when baseball MVP Josh Kelly shows up at auditions, the never humble Ricky finally meets his match.

Mustering up some team spirit, Ricky takes Josh under his wing to teach the rookie actor the ins and outs of being a teenage divo. He soon realizes, though, that Josh’s star quality is more dangerous than he originally anticipated. The claws come out when Josh attempts to sabotage not only Ricky’s performance in the school play, but his entire future as a professional actor.

DIVOS! is a fabulous romp full of misfits, mayhem and musical theatre that proves…

When it comes to the school play, the boys bring the drama!

On the morning of January 31, 2016, Vanessa Hudgens arrived on the set of FOX’s Grease: Live! ready to star as Rizzo in a live telecast of the classic musical comedy. She was at work rehearsing when media outlets began announcing that her father had passed away the prior evening after a several-month battle with stage 4 cancer.

That night, Ms. Hudgens performed for a television audience of 12.2 million viewers, and it’s safe to say her rendition of There Are Worse Things I Could Do was a highlight of the event.

Flashback to September 2014, when producers announced Ms. Hudgens would star in an upcoming Broadway revival of the musical Gigi. Broadway fans quickly took to social media, denouncing Ms. Hudgens’ anticipated performance with comments that ranged from, “Could we please find talented people instead of these temporary ex teenage Disney types?” to, “That whore.” As this was to be Ms. Hudgens’ Broadway debut, these remarks were coming from people who had never even seen what she could do onstage.

The message from Broadway fans was clear: this teeny bopper hack was not welcome on the Great White Way. But why? Because her breakout role happened to be in a Disney Channel TV movie? Because she was a young Hollywood celeb with a non-Broadway fanbase? What valid reason did the Broadway community have to be so brutal to an actress who was displaying nothing but enthusiasm for her upcoming Broadway debut?

Gigi closed on Broadway less than three months after opening as a result of low ticket sales. Members of the Broadway community who were gleefully tearing Ms. Hudgens apart weren’t even attending the show to witness the performance first-hand.

Before Gigi, I admittedly knew little of Ms. Hudgens’ work outside of the High School Musical franchise (in which I thought she was delightful), but I was impressed by both her onstage energy and her eagerness to embrace a community that was so forcefully pushing her away.

I met Ms. Hudgens after a performance of Gigi. The stage door was one of the most crowded I have ever seen with hordes of young girls eager to meet their idol. Ms. Hudgens greeted every fan. She signed every autograph. She posed for every picture. Not wanting to be trampled by a tween (or her mother), I waited until the crowd had dispersed to ask for a photo. Ms. Hudgens was walking towards her car when I approached, and even though she’d been signing autographs in the cold long after the other performers had gone home, she turned to me with a warm smile and posed for a selfie.

I’m told Ms. Hudgens had the same smile while rehearsing for Grease: Live! despite her father’s terminal illness. (My brother was in the ensemble of the telecast and noted that most cast members did not even know Ms. Hudgens’ father was sick until he passed away.) This young actress was dealing with an incredibly sad circumstance while displaying a constant professionalism on the job.

So I say to my fellow Broadway fans, here we have an actress who has been criticized and mocked by a community that knew nothing of her skillset other than what she displayed in her Disney Channel past. She was not greeted like a professional during her Broadway run.

But the day after her father passed away, Vanessa Hudgens showed up to work with a “the show must go on” attitude. She did what most Broadway stars don’t do if they have a slight cold.

The next time half a dozen understudy slips fall out of your Playbill, think of Vanessa Hudgens. She doesn’t have to be your favorite performer, but she deserves respect.

With Vanessa Hudgens after a performance of Gigi 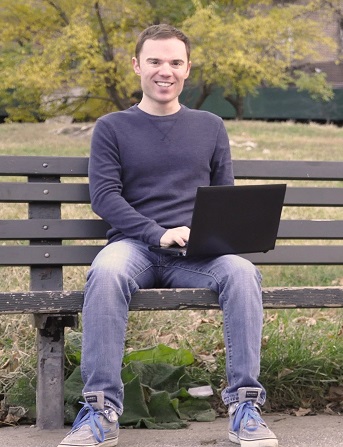